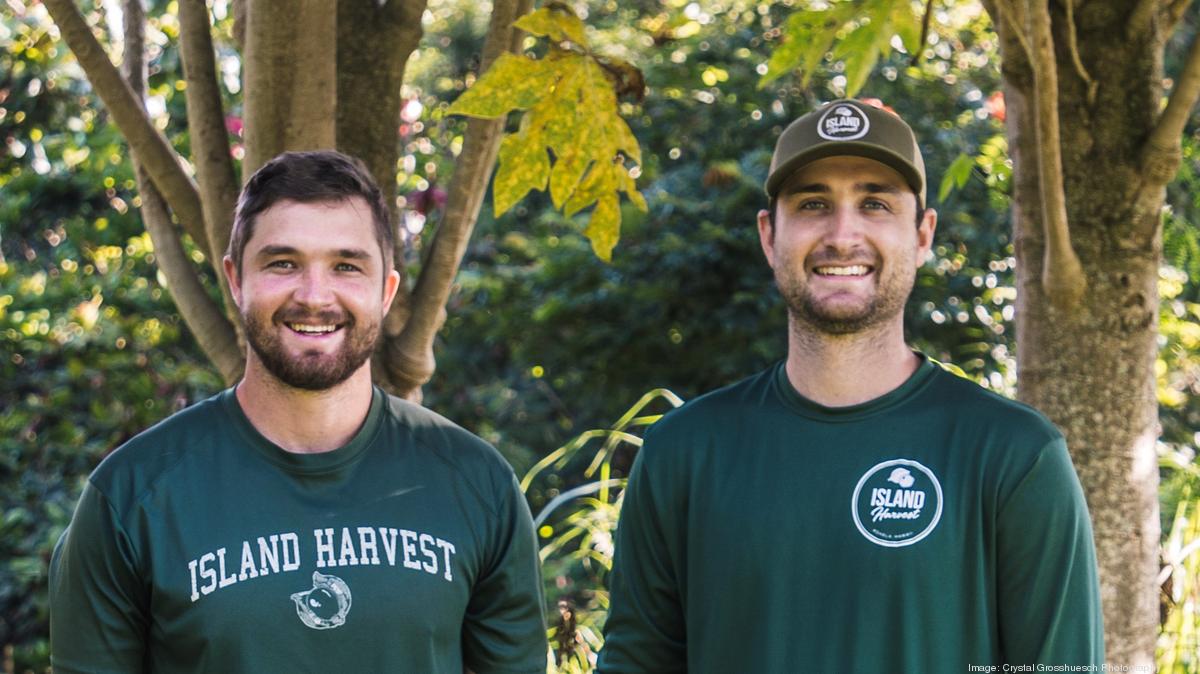 Island Harvest Hawaii, a macadamia nut farm and wholesaler based out of Kohala, expanded into retail for the first time this year to reach new customers.

The move, which was initiated by Andrew and Nathan Trump (no relation to the former president) — the sons of Island Harvest’s founder and owner James Trump — has already yielded some fruit, with the small business’ products already available in 25 stores throughout the Islands, as well as 20 stores in the San Francisco Bay Area.

Island Harvest also works with online grocers that sell local produce and products, such as Farm Link Hawaii and Oahu Fresh, to get its macadamia nuts into Hawaii homes.

The 750-acre operation, which became an entirely organic enterprise in 2015, has heavy ties to the community, reinvesting 50% of its profits into sustainable farming practices, 25% into local programs like the North Kohala Community Resource Center, and another 25% into its team of 20 farm workers and employees.

Adding a retail product in three flavors — salted, unsalted and dark-chocolate covered — had been in the works for some time, but wasn’t meant to take place in the midst of a pandemic. It just happened that way.

“The pandemic was an opportunity for us to take a look at things while everything else kind of paused in the economy,” Nathan Trump, operations manager at Island Harvest, told Pacific Business News.

Andrew Trump, who is Island Harvest’s vice president and project manager, added, “Launching a product during the pandemic has been difficult because it’s hard to meet up with buyers and get your products in front of potential customers. However, there have been other digital opportunities and approaches that have come as a result of major pivots during the pandemic.”

What makes Island Harvest stand out among its competitors?

Andrew: Our dad Jim started Island Harvest as a way to care for the agricultural lands and workers of Kohala after the sugar plantation industry shut down, and he had the belief that farming should be done in a way that should care for the land, the trees and the employees.

We farm sustainable macadamia nuts that are rain-fed, so we don’t use irrigation and we don’t have some of the negative environmental impacts that other tree nuts, like almonds, do.

Nathan: It’s also important that we use no herbicides and very little insecticides, so we’re not using any harmful chemicals in our farming, which is good for the consumer, the community and the employees.

What have you gained from being part of Mana Up’s newest cohort of Isle entrepreneurs?

Andrew: Being part of Mana Up’s cohort has been a big boost and benefit to us, mostly because we are farmers, so we don’t have a background in consumer packaged goods or marketing.

The Mana Up mentorship [has] allowed us to tap into some of the many resources within the entrepreneurial ecosystem here, and we’ve been able to learn so much from others, both through the Mana Up staff and our cohort members.

What’s the most rewarding part of running your business?

Andrew: Being able to work in the community where we grew up is the most rewarding part for me.

Not only do I get to work with my brothers, but I work alongside some of the aunties and uncles that I grew up around on the farm.

Nathan: People from Kohala are always really proud to be from Kohala and friends I haven’t seen in a long time love sending our mac nuts to their friends. It’s inspiring and humbling to see my friends and the community at large really supporting the ag operation here in Kohala.

Is there anything new in the works for Island Harvest?

Andrew: In 2022 we’ll be coming out with new flavors and we’re opening in new grocery stores in Hawaii and in the West Coast as we continue building the brand.